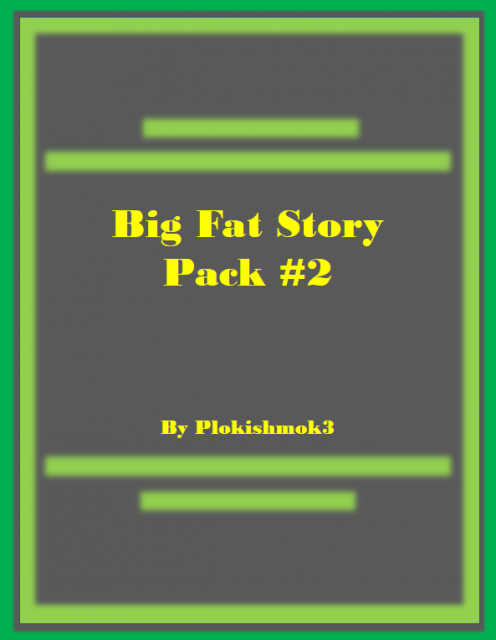 The Biggest Loser
Ricky has been really getting on his roommate’s nerves. Eventually said roommate, Max, decides to teach the self-centered, attention-loving cheetah a lesson, one that involves a bit of backhanded trickery surrounding a local audition for the television show Biggest Loser.

Big Time Model
Being deep in gambling debt was not Derek’s greatest accomplishment, especially since the lion was in debt to the eccentric and mysterious owner of his casino of choice, Mr. Thompson. When Derek is called in to pay his debts with money he doesn’t have, he finds himself employed as a model as an alternative payment style instead. Though he doesn’t mind the job at first, he quickly finds that it’s not his toned physique that Mr. Thompson wants, it’s something a little softer…

Swapping Places With Yourself
After James comes home from a long workout and starts to relax, a strange portal opens up in his living room. Stepping through, he finds himself in a vaguely familiar apartment to his own with a familiar, yet hefty owner that plans on trading places with James whether he wants to or not.

A Roommate’s Weighty Influence
Danny is as straight cut and organized as any dalmatian could be, but when a new laid-back roommate moves in, Danny doesn’t know what to do. While he tries to confront the portly bear about his gluttonous food habits or slobbish lifestyle, Danny finds himself simply making do. Gradually though, through some nigh-on-nefarious intervention on his roommate’s part, finds said roommate’s habits rubbing off on him, including those surrounding copious amounts of food.